A few pictures from 1989, meeting Sue-Kenny, free download of remastered Ashes in the brittle air, and Kickstarter update.

Hi, it’s Sam from Black Tape For A Blue Girl — With 18 days to go on the campaign, we’re 43% funded. 94 people have joined together to pledge $3,931 towards Ashes in the brittle air. Thanks so much! Things are moving along nicely. The campaign is all or nothing, every pledge is important to make the 2CD / clear-vinyl LP exist! Head over to Bandcamp for the free download of the remastered 11-track album. It sounds fabulous. If you like what you hear and can chip in a little bit, pledge at Kickstarter.

I’ve had a few questions about this — I’d like to remind overseas backers that shipping will be charged after the campaign is over; ie: shipping is not included in your pledge. I’ve done this on my last 4 campaigns, it’s worked out nicely. Jan at DeeJayDead in Germany will fulfill European orders, to help reduce the cost of postage. Read more in this update.

1989! We were all so young! Maybe some of you weren’t even born yet? Oscar was 27. I was 23. I’m guessing Sue is around my age. I’m going through old photos, rekindling my memory on what things were like and what was going through my thoughts at the time.

Here are some photos from when we were working on Ashes. 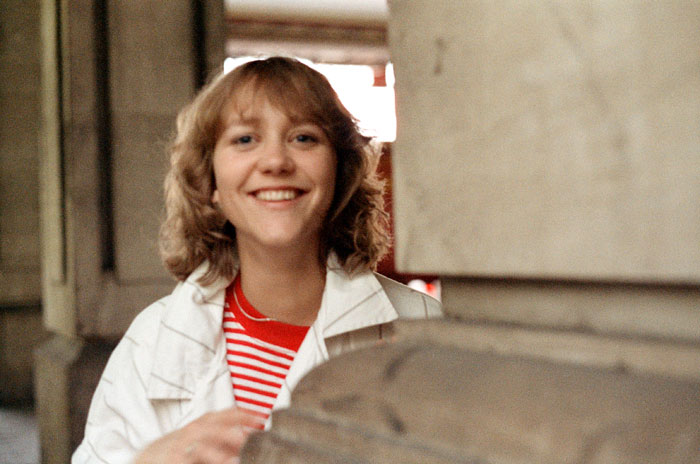 Sue, somewhere in London, saying goodbye after we recorded her tracks.

Meeting Sue-Kenny Smith, vocalist on Ashes in the brittle air.

In 1987 was a TV/film student at Chapman College in Orange California. The students made a talk show for the local cable company and somebody suggested they interview me about my music; I’d already released The Rope LP and I was working on Mesmerized by the Sirens. Sue-Kenny (also a comm student) was the host (though it’s possible the host alternated each week, so everyone got to practice); I think it was the first time we met. During the interview I mentioned that Black Tape For A Blue Girl had a lot of different members; Sue asked, “So how do you find people to be in your band?” And I said something like, “I ask random people I meet. Do you sing or play?” Something offhand like that. She said she did and I asked her right there on the show if she’d like to come round to the studio to see what we could create together. I recorded her tracks for Mesmerized in the vocal booth at college. For Ashes, I went to England and we recorded for a few hours in a studio in Brixton. They were dynamiting somewhere near by; when I isolate the vocal tracks I hear the booms in the background of her takes. We lost touch (pre-internet), were briefly in contact about 6 years ago on Facebook, but I haven’t been able to reach her since. I’ve love Sue-Kenny’s style. It’s really nice to hear her vocals on six of the unreleased and demo tracks on the 2nd disc / download of the expanded edition. 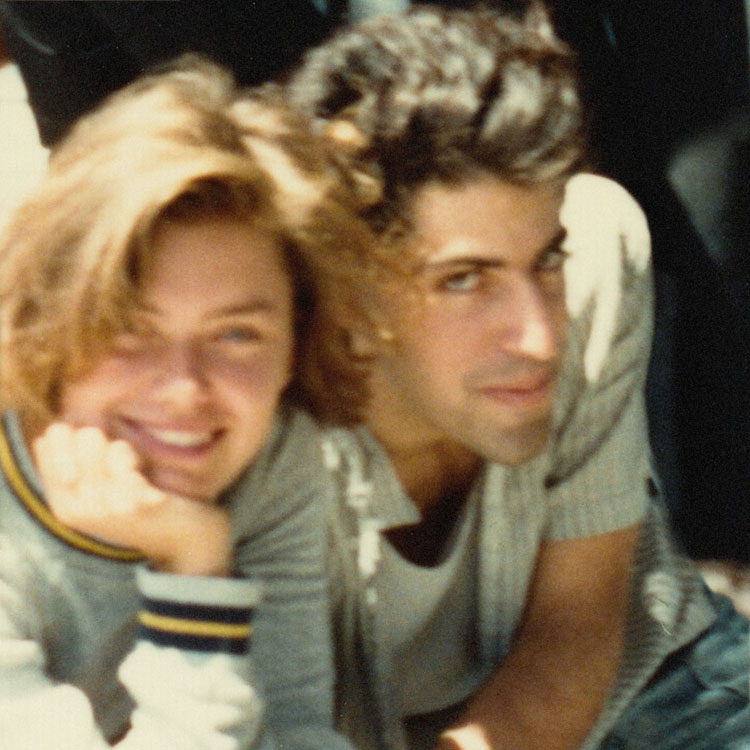 ”Ashes in the Brittle Air is Black Tape for a Blue Girl’s third full-length record, and \ finds the band expanding on their ambient & neoclassical influences to incorporate more dark swagger.” – Post-Punk

A $50 pledge at Kickstarter includes your choice of the 2CD or LP, memorabilia booklet, downloads,
an unseen photo, and a journal with a few lines of handwritten lyrics inside.

Thanks so much,
Sam