Ashes in the brittle air 2CD & LP — get it by release date. Name-your-price download.

Hi. After a successful Kickstarter campaign that raised almost $10,000 for the deluxe remastered edition of Black Tape For A Blue Girl’s 1989 third album Ashes in the brittle air we’re quickly approaching the March 13 street date. Order your copy now and we’ll ship it ASAP to arrive by release date. This edition is remastered from the original 1/4-inch tapes; there are 21 bonus tracks on the 2nd CD (demos, acapella versions, and 6 unheard completely finished songs from back in the day), and “Across a thousand blades” has a new 2020 mix on disc 2, using only original sources.) The CD+LP version is the original album mix, of course. There’s also an extremely limited edition “Aska i den skor luften” journal.

Get the entire 22 tracks as a name-your-price download at BlackTape’s bandcamp page. 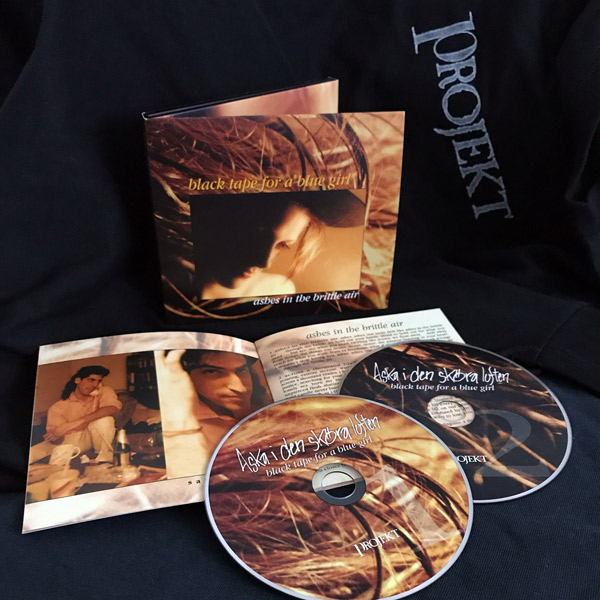 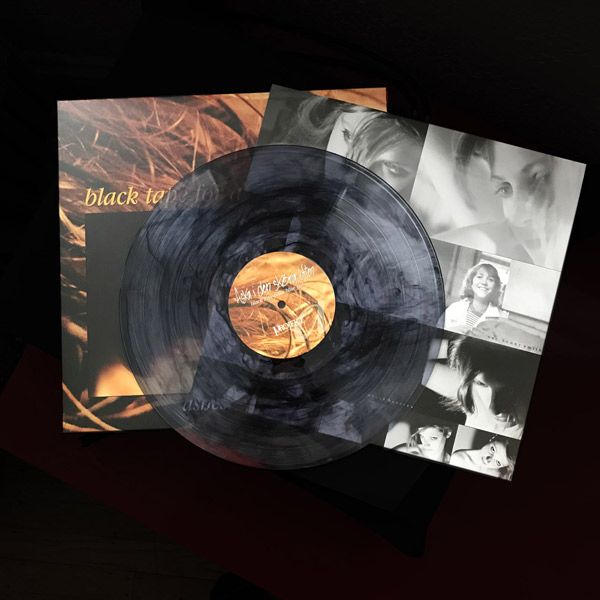 The LP, 2CD & journal are available at BlackTape’s bandcamp page. For export orders, I’m able to offer lower-priced-than-in-the-past shipping thanks to Projekt’s freight consolidator out of Philadelphia. In Europe you can get even lower shipping rates by ordering from Projekt’s European webstore in Germany (though they don’t have the journal).

Some recent thoughts about the album:

I closed out the 80s with BlackTape’s third album, Ashes in the brittle air. As I recall, it was the release that finally got the band noticed. No doubt it helped to have a somewhat more traditional goth rock song (“Across a thousand blades”) with guitars and drums. It could get played on the radio — and it did, thanks to inclusion on a CMJ CD sampler sent to radio across the country. Oscar had a chance to sizzle with dramatic and passionate vocals. The other aspect of the album is a softer, sensitive approach in Sue-Kenny Smith’s voice. We recorded her vocals in a studio in London; most of her vocals were done in one or at most two takes. She brought a spontaneous, organic English-folk quality to the album; mixing that with my electronics and ambience — and Oscar’s vocals — created a diverse collection of songs that arrived at just the right moment. There wasn’t really anyone else in America doing this ethereal style.

Ashes was the first BlackTape released on CD; the improved sonic quality of the medium over the previous two LPs really benefited the music. With this expanded rerelease, my mastering guy went back and worked from the original quarter-inch mixdown tapes. In 1989, I thought the original sounded great, but this new mastering sounds amazing! There is so much subtle detail now, everything warmer and more present. I really love it! I added six bonus tracks (on the second disc) from that era — something special for the album’s fans. There’s no way I can go back in time and write more pieces in this exact style; these tracks are completed songs I never released for artist-angst reasons; they make a wonderful addition to the album. Also included are a bunch of demos, and early mixes to round out the 21 bonus tracks.

I crowdfunded this release; 267 backers pledged nearly $10,000 to create this expanded deluxe edition. It is amazing knowing people care about this work enough to help me make an even-more-special version for them. I really appreciate this positive loop that crowdfunding creates.

the journals are really nice: 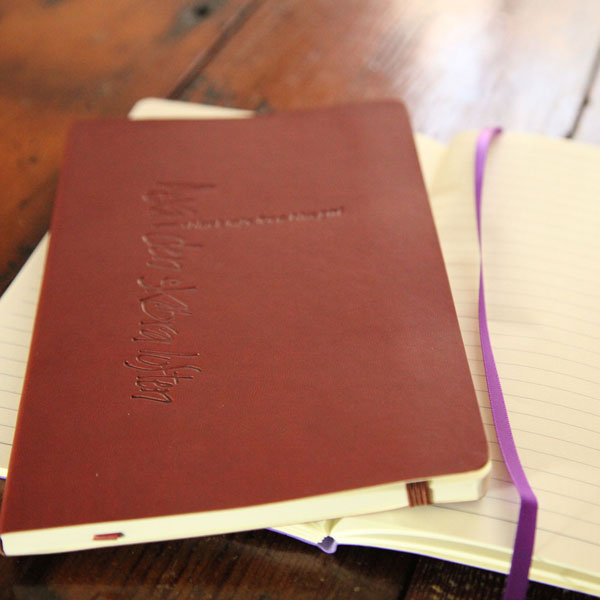 Orders at our Bandcamp page include (while they last) a 20-page memorabilia booklet I created for backers of the campaign; it has interviews from the late 80s & recent conversations with many of the participants. I’ll also include an album cover sticker as a bonus!