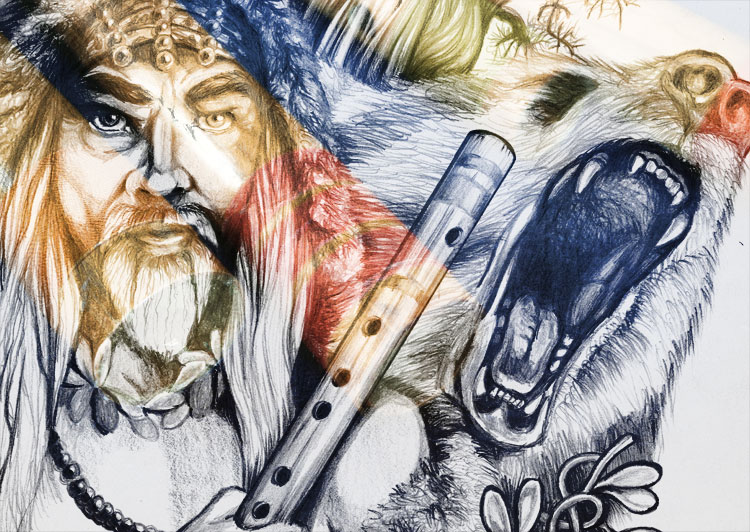 Journey To Aktehi: Reflections by Matt of MusicTap

This album by Seelig & Rosenthal is alarmingly beautiful and unreal. As if the musicians have been given notes by something we don’t see in the physical realm.  (Help fund the album at Kickstarter)

Every time I listen to ambient music, I let it take me to unknown crossroads within my mind. For me, there are no signs, only unlit pathways no matter how overgrown they may be. I willingly go in trust to those places because they hold wonders. And stories.

With this set of music, I’ve gone to a place that is very hypnotic. I’ve passed by here before but never stepped foot in it. There’s a sense of not being physical, whereas before I’ve generally felt that I’m physically walking or flying somewhere. Strangely, I feel like there’s an orchestra of souls musically wrapping around a central point. I loved being one of those souls attracted to the psychic scent of awareness. Sounds weird, psychic scent, but it’s a drawing of myself toward the blend of spirituality that is swirling like a majesty of clouds. Thick, enveloping smoke of clouds. I felt more than the wisp of those clouds. They were my protective covering.

In “Meditation of the skeleton” I felt a strong sense of life and formation. The wrap of life, with no sense of time (which is important to me, not to have a sense of time), was a rush to the center of my self. I know we’re more than flesh and bone. I know that we’re not accidental. Doesn’t matter how we got here, but there’s a sense of intent and unknown purpose.

Rosenthal’s collaboration with Seelig blends a strange union with that which is electric, with that which is fashioned by nature. Mixed with unworldly chant, that blend feels like a restorative gateway. A return to what we once were. And should be now. We’re far too embroiled in the business of living that we’ve forgotten how to merge with those other souls.

This album is being supported by people like you, at our campaign on Kickstarter.