It’s been a long long time since I’ve sent a Black Tape For A Blue Girl blog. So what’s been going on… ?

I’ve fulfilled nearly all the Gesture of History Kickstarter backer packages. Still a few addresses I’m waiting on. For the rest of you who’ve been itching to hear my collaboration with Nick Shadow (viola) and Steve Roach (synths/enhancements), the download is free/name-your-price on the BlackTape Bandcamp page; the black LP and CD are available for purchase.

I’m really pleased with the album! Give it a listen, see what you think.

“Haunting, beautiful and dreamlike …a shimmering panoramic soundfield, with Shadow’s viola being the only immediately recognizable instrument, enveloped in warm synth textures, occasionally rising up through the fabric to provide colorful dreamy melodics and intense highlights.” – Peter Thelen, Expose Magazine

There are 10 shirts left, I’ve put them on sale. $1 + postage = you get a copy! Medium and XL still available.

One of the reasons I forgot to send an email list in so long is because I post a lot of my thoughts in the Black Tape For A Blue Girl patron area. For less than the cost of a download, you can become a monthly patron! You get 17 downloads immediately for just $5. ;I interact with everyone in the comments area.

What do I do& with Patron funding?

I bought a DAT machine on Ebay for $95. I’m beginning to transfer my old DATs. First up: I grabbed backing tracks from our 1996 live show for a couple of “new versions of old tracks” we ‘re working on.

=A more pricey use of Patron’s funds was $592 to repair my Canon Mark 5d ii. This camera has been my trusty photographic companion since 2009. I first used it on the 10 NEUROTICS album, and I think you see an improvement in the quality of my photos at that point. It also shot videos for “the pleasure in the pain” and “marmalade cat” as well as all my Kickstarter clips. I got it back earlier this week and it’s working great! This is the camera that shot TO TOUCH THE MILKY WAY, THESE FLEETING MOMENTS, etc etc. I really love it and I’m glad I’ll have it for another 10 years of creating… Thanks to patron’s monthly support I can fix my tools so I can keep making art!

In the image above, you see that Patrons are listening to rare collections I put together; these tracks will probably not be released anywhere. I uploaded a rehearsal from 11-2-99 (for the two shows that Vicki Richards played with the band), and the first version of Ashes in the brittle air (early mixes including tracks that didn ‘t make it onto the album).

Join us in the Black Tape For A Blue Girl patron area.

Speaking of Ashes in the brittle air, 2019 is the 30th anniversary! I used some of the patron $$$s to send the 2-track 1/4-inch stereo master to my guy in Canada, who baked the tapes and did an über-high-resolution transfer to digital. Howard, my mastering engineer, has those files and he’ll begin on a 30th anniversary remaster. I’ve been working on mixes of 5 of the unreleased “first version” tracks. One of them, “Griffith Park” has been released on a few compilations, while four of them have never been released. They’re sounding really good. The next step is to run the vocals through the reverb, and work that into the mix. Then they’ll be ready for Howard.

If you’re curious about the first version, I posted a blog about it.

I’ll Kickstart the 30th anniversary edition soon. I’m thinking of premiums. Super-fan Scott & I & the other patrons have been discussing vinyl. I’m thinking I might do a Lathe Cut 7″ single of a new mix of “Across a thousand blades.” More on that as I get the details figured out.

Do you have any live photos?

I added a few 2007 live photos to the BlackTape Gigography Page. Do you have any photos from our shows? Please email them to me so I can add them. All I need is the year and the city and I’ll figure out where they go. The camera in phones are so good these days that you can get them to me that way; no need to scan or anything like that. 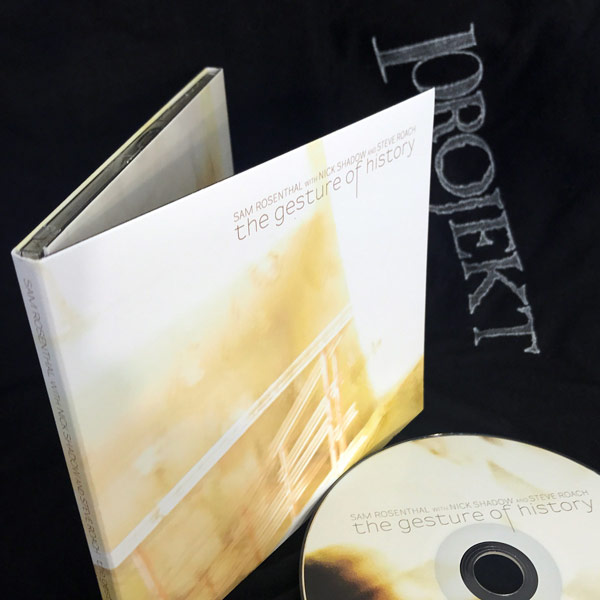 A the Gesture of History Kickstarter backer wrote, “thanks much – love the work – don ‘t sweat the small stuff…:) i know it’s hard when it’s your livelihood, but I’ll keep supporting as best I can – have a great weekend.”

I replied, “Alas! This isn’t my livelihood. My Kickstarter campaigns cover manufacturing costs, and maybe put a bit of money in my pocket. But not enough to live off. Not complaining, just sayin’ 😉 I appreciate your support, that’s for sure! I couldn’t release music without it.”

With the transition to streaming, it’s a tough time for artists on the fringes. I create my art for those of you that support my art. When you put some of your hard-earned income towards my physical releases I feel good knowing my work has meaning and value to you. Thanks!