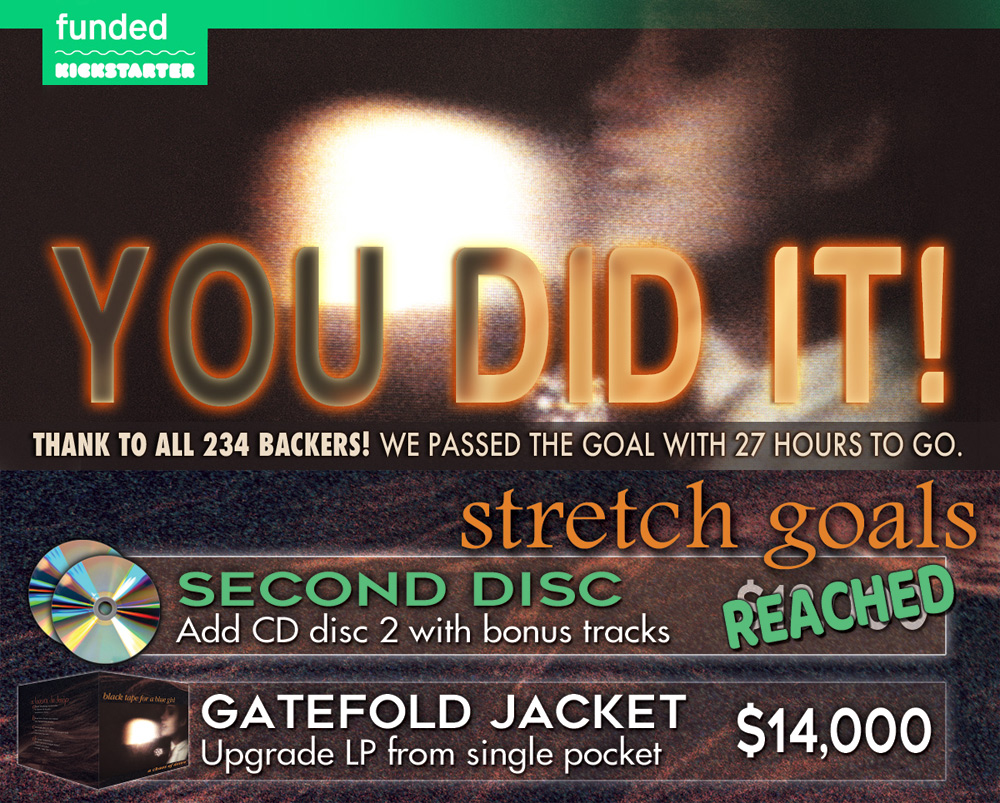 Thanks so much to the 260 backers that pledged $13,282 to help bring the A chaos of desire reissue to life. Thanks for loving the music. Thanks to the many many of you who’ve stuck with Black Tape For A Blue Girl throughout the 30+ years since you first heard the band. And thanks to the new listeners who just discovered us. I’m putting the 2LP / 2CD / MiniDisc into production this month; I turned in the LP artwork + masters today. I’ve got some work to do on the DDP master for the second CD (which was funded as a stretch goal), there’s a few files to send to Martin to master, and then I send it into the plant. A couple of people emailed to say they missed the campaign and want to purchase the LP — they’ll be available at our Bandcamp page once the backers receive their copies. 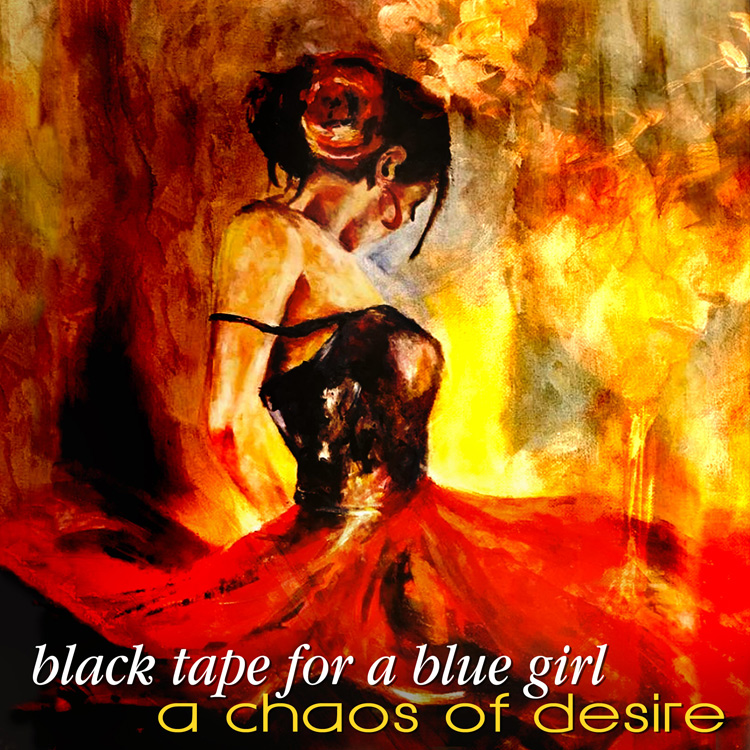 In late-December while planning the Kickstarter for A chaos of desire I wondered about how to bring the 2022-era band into the past and involve us in the campaign. Inspiration strikes!!! Jon, Henrik & I could record new neo-classical versions of tracks from chaos. I formed these recordings by reusing my synth parts from the digitized 1990 8-track master tape; Jon and Henrik added vocals and strings in their respective hometowns. Then — like when I mixed The Cleft Serpent — I pulled as much of myself out of the mix as I could to end up with lush, beautiful, mournful versions of “A chaos of desire” & “Could i stay the honest one.”

I edited the video for “chaos” (on the Bandcamp page as well as posted at youTube) before I created the videos for “beneath the icy floe” and “pandora’s box” — the first of the trilogy of videos comes last!

Jon and I tossed around ideas and thought it would be a wonderful surprise at the end of the campaign to give you something entirely fresh: the new band reinterprets the past. We’re thanking you for your pledges which brought us to the funding goal and then to the stretch goal.

The single will be at all streaming sites on April 15.