There’s a Black Tape For A Blue Girl article and review in the Herbst•2021 issue of Germany’s ORKUS MAGAZINE. In Europe order the issue at the Orkus shop. Order the (signed) CD, MiniDisc, Cassette, Serpent shirt & preorder the LP at BlackTape’s Bandcamp shop, in Europe, order the CD & preorder the LP at The Projekt European webstore.

English translation of the review: 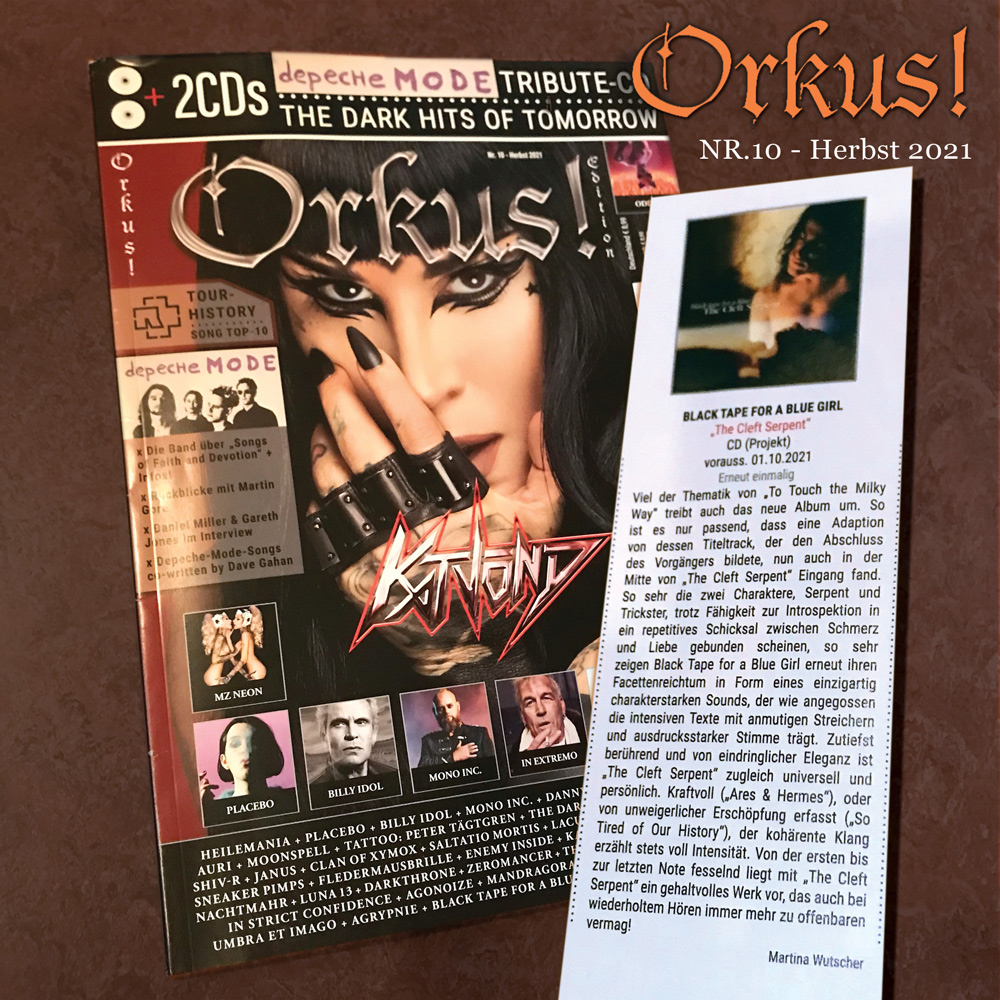 Black Tape for a Blue Girl: The Cleft Serpent
CD (Projekt)
Allure Anew
Aspects of themes that dwelled within their previous album To touch the milky way drive this new album; this makes it all the more fitting that an adaptation of the title track which formed the conclusion of the predecessor, found its way into the middle of The Cleft Serpent album. As much as the two characters, Serpent and Trickster, seem bound into a repetitive fate between pain and love, they still display a capacity for introspection. Black Tape for a Blue Girl are not bound or limited in their approach to music. Once again they display their multifacetedness with a unique sound full of character, which seamlessly befits the story’s emotions. Profound lyrics with graceful strings and expressive vocals are deeply moving and captivatingly elegant. The Cleft Serpent is simultaneously universal and personal. Powerful (“Ares & Hermes”) or seized by inevitable exhaustion (“So Tired of Our History”), the coherent sound always narrates with enthralling intensity. Fascinating from the first to the last note, The Cleft Serpent is a rich album that allows for more and more to be revealed and discovered on repeated listening!

Here is the article: 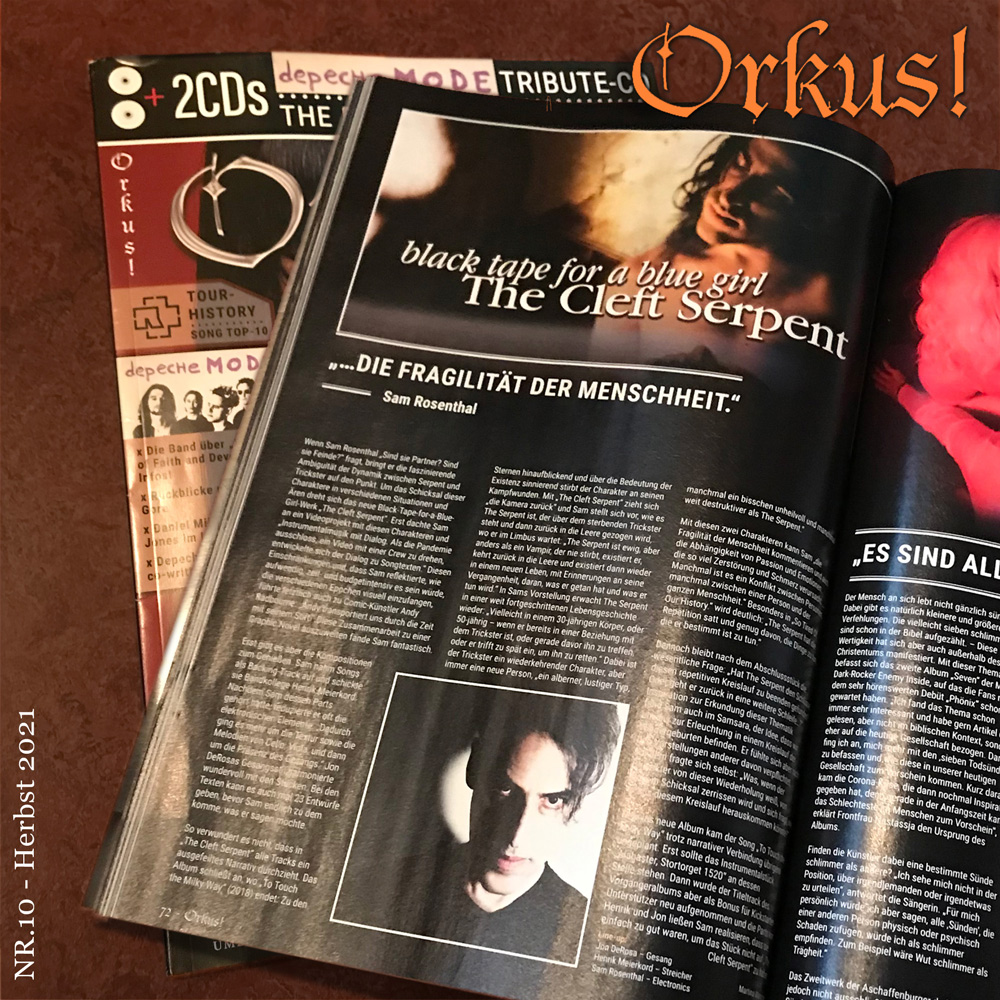