As my patrons know, I’m close to completing the next Black Tape For A Blue Girl album. This weekend, Danielle Herrera will be in Portland to record her tracks. I completed the music before the holidays, but we got a bit behind schedule with the break, as well as I was having a tough time writing lyrics for “Does anything remain?” For that – and a hundred other reasons – it took longer than expected, but I’m very thrilled we’re going to record this weekend!!

After all the struggles, the lyrics turned out really great, I think:

i don’t know, i just don’t know, does anything remain?
something not worn away by all the battles.
can i trust again? can i even trust myself?
i haven’t left the house in days, calling in sick with spirits watching over me
drinking alone, i’m thinking you’ll abandon me when you keep finding me like this,
of course i can stop, i promised i’ll stop
why don’t you hold me and talk anymore? why are you shouting? every word a lifetime
i wish i could take back those angry words, i really only wanted to tell you i loved you
does anything remain through all the mistakes and all the wasted years.
i try to forget myself

While we’re recording here in Portland, Michael Plaster is working on his tracks in Phoenix. If everything comes together as I’m expecting, I plan to launch the album’s Kickstarter in 6 to 8 weeks. I’ve been having a lot of cool ideas for the cover shoots with Mercy. Where Fleeting had one location and one theme, I’m thinking of a number of different shoots that combine to tell the story, almost like stills from a film. I’m thinking I’ll do those shoots during the Kickstarter month, and post photographic updates on the progress.

To describe These fleeting moments‘ theme, I wrote, “The lyrics explore the existential predicaments of time’s passage, choices questioned, and loves lost.” This album seems to be about being at the point where something has to give, realizing that something has to change, that the dead ends need to be left behind. It’s the desire to feel alive and live a life that has been left unlived, after too many years spent in hiding, in limbo, giving in to fears. And within that, questioning the loops and repetitions, and wondering if there’s something more to all of this. 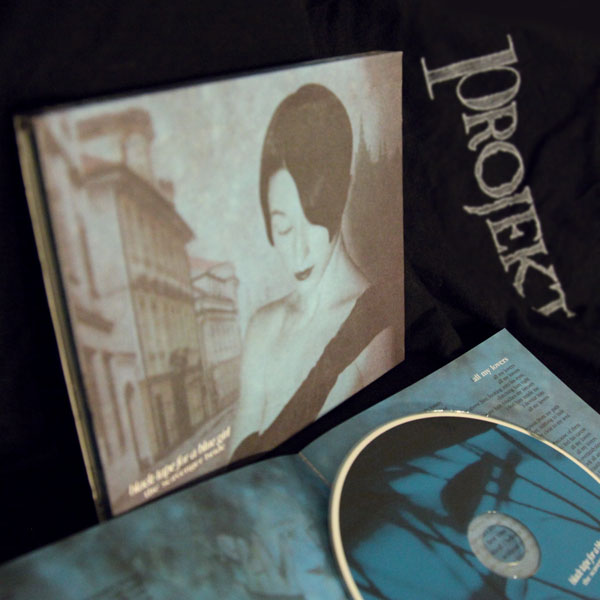 While we’re having fun working on music, you can grab a free download of BlackTape’s 2002 album, The Scavenger Bride. The download is name-your-price and the CD is on sale for $10. All your contributions help me make art. Thanks so much. Sale ends at midnight on Monday the 12th.
It would be super helpful if you could share these posts:

Black Tape For A Blue Girl's THE SCAVENGER BRIDE is on name-your-price sale this weekend. And the CD is $10.

Black Tape For A Blue Girl's THE SCAVENGER BRIDE is on name-your-price sale this weekend. And the CD is $10. https://t.co/PpHqZZRYO4

Yes, the band is still together…. because of you!

All the time I hear from former-BlackTape fans who reach out to me on Facebook and say, “Wow, I didn’t know your band was still together.” Yes! As long as I’m alive, BlackTape will still be around and creating music. Thanks to the help of patrons like you, I can dedicate time to art. Back in the late-90s, the music business was about selling thousands of albums at retail stores. I am very fortunate that the early-90s albums all did respectfully, and then the Remnants of a deeper purity album took off and was very successful (especially considering how obscure the music actually is). In that era, my music reached a lot of people, sparking something emotional and resonant within. These days, Black Tape For A Blue Girl survives from a much smaller group of loyal fans who love what I create, value the music in their lives, and want to support my art via patronage and crowdfunding the releases. I am very grateful to those of you who are loyal to my vision. I am excited that I can keep creating because some of you want to chip in to support it. I get to make really cool artistic packages because you want me to! Thanks.

I don’t begrudge those of you who listen on streaming sites, only. It takes all types of fans to support an artist. Streaming adds up to a trickle of nickles that goes to my music budget.

But to those of you that love the music and feel like supporting it, let me tell you that your pledges are really what keeps the music flowing, and I appreciate it.

Now that the album is almost finished, you’ll be hearing from me more frequently. I’m very excited for you to hear this one!