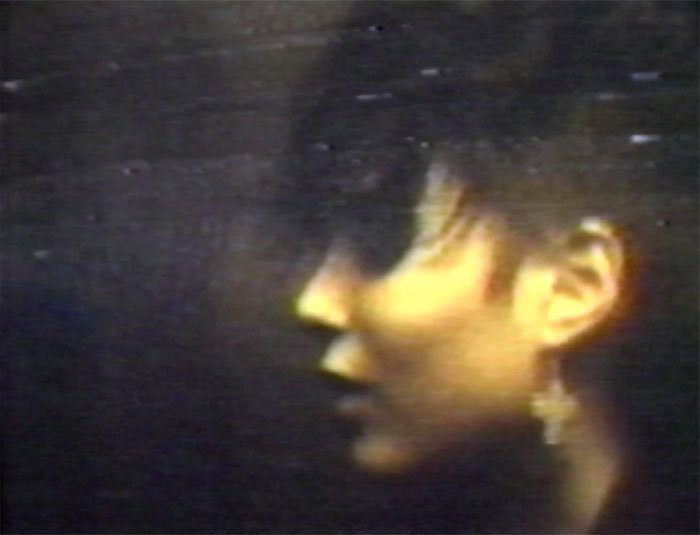 I’ve posted another one of my early videos on youTube. A thank you to my patrons for covering the cost of the digital transfer. I created “Slow blur” before The Rope album existed, probably even before I came up with the name “black tape for a blue girl.” I was living in Florida at the time and went with Robin to a building in downtown Fort Lauderdale to shoot some footage (Robin tells me it was the library, I thought it was a parking garage.) Most of the video happens inside an elevator, some of the quick-cuts are outside with lights inset in the sidewalk illuminating her face (that's the way The Rope cover image is lit, it's from the same footage as this video.) Back in the day, I created slow-motion by “rescanning” the monitor in the editing room at Broward Community College (thanks Steve!) — IE: I aimed a camera at the monitor and videotaped it. The slow motion caused those white static lines moving through the frame. These days, I’m sure that looks like a technical error? Back then, it was a way to use a mistake as part of the art. Did the music come before the video, or the other way around? So many things lost to time… I’m guessing Lara’s violin was repurposed from the previous album (did Lara play on my solo Secret Flight cassette? I think so?). And the content of the video? A lot of The Rope was inspired by Robin. I was pretty obsessed with her at the time. I was going to write “in love with her,” but from the vantage of time it seems a lot more like obsession rather than love. I met Robin when I worked at the Peaches Record store by the Broward Mall. Robin came in looking for an LP from the Import section; I was the import buyer. I was enraptured. Her parents were from Iran & Scotland. Robin was so intriguing in boring BORING! South Florida. We were friends, I can see her talking to me in some of the bits of the video. It’s all sort of a distant fog, now. We’re still friends. Slow Blur.