To touch the milky way CD/LP preOrders, Remnants of a deeper purity 2LP vinyl preOrders, and a classic shirt 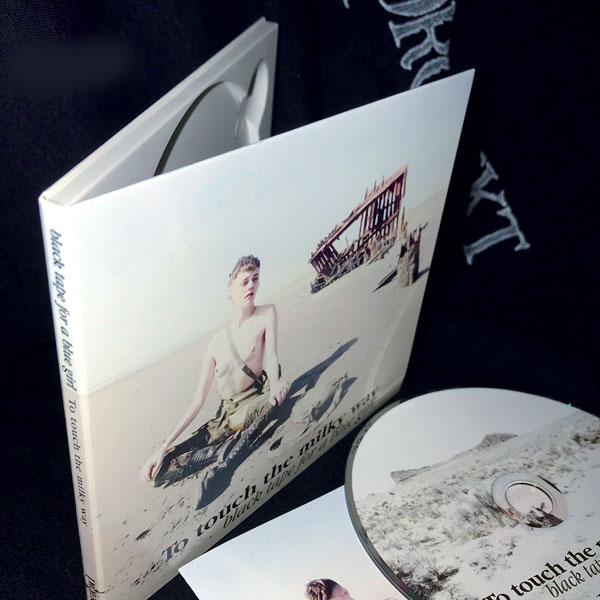 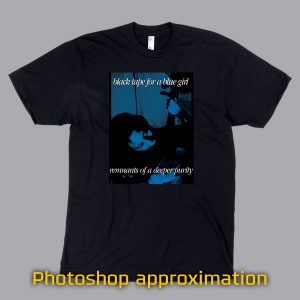 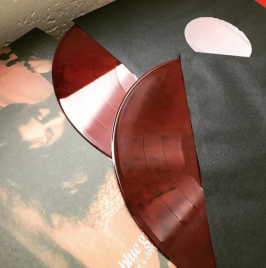 We’re two months away from the release of To touch the milky way, the new album from Black Tape For A Blue Girl. The CD + LP are up for preOrder at the BlackTape Bandcamp store the Projekt website, and also our new Projekt European Website.
I’ve set up the preOrder on the second pressing of the 2LP Remnants of a deeper purity (with the 8 page booklet) and a reprinting of the classic ’99 Remnants tour shirt. Both at the Projekt webstore. European fans can get the LP from the Projekt Euro Website.

To touch the milky way is an ethereal, darkwave, dreampop album. Like many Blacktape albums, each song is in a somewhat different style, which gives vocalists Michael Plaster (SoulWhirlingSomewhere) and Danielle Herrera opportunities to explore and stretch, bringing you and them to new places. The songs… oh? It’s so hard to explain what the songs are about in one sentence. I’d say the lyrics are influenced by questions I ask myself. I’ve created characters who question where they are at, is this the life they wanted? Wondering how to move forwards, or if it would be better to abandon the path they’re on and start something new. We all feel that turmoil, frustration and anxiety. Where are we? Is it where we expected to be at this point in our life? And are there other choices that could be made?

Musically, this is one of the most “solo album” Blacktape albums I have created. There are appearances on a few tracks from (The Dresden Dolls) drummer Brian Viglione, violist Nick Shadow, and multi-instrumentalist Chase Dobson… but much of it is my electronics, acoustic guitar & harmonium. There’s an element of textural ambience in the 4-piece movement that covers the first two tracks of the album.

Oh!! Talking about music! I can’t wait until you can hear it, instead of reading my words.

November 2nd is the street date, we plan to start shipping October 26ish, after packages are in the mail to the 255 Kickstarter backers who made this release possible.

Thanks so much everyone, more soon!

PS: You might dig this! The new Lycia is coming out on Projekt. That’s right: two of Projekt’s biggest mid-90s band are releasing new albums at the same time! PreOrder IN FLICKERS at the Projekt Website (where you can also get the shirt) or the Projekt Bandcamp page.

thanks for supporting independent music